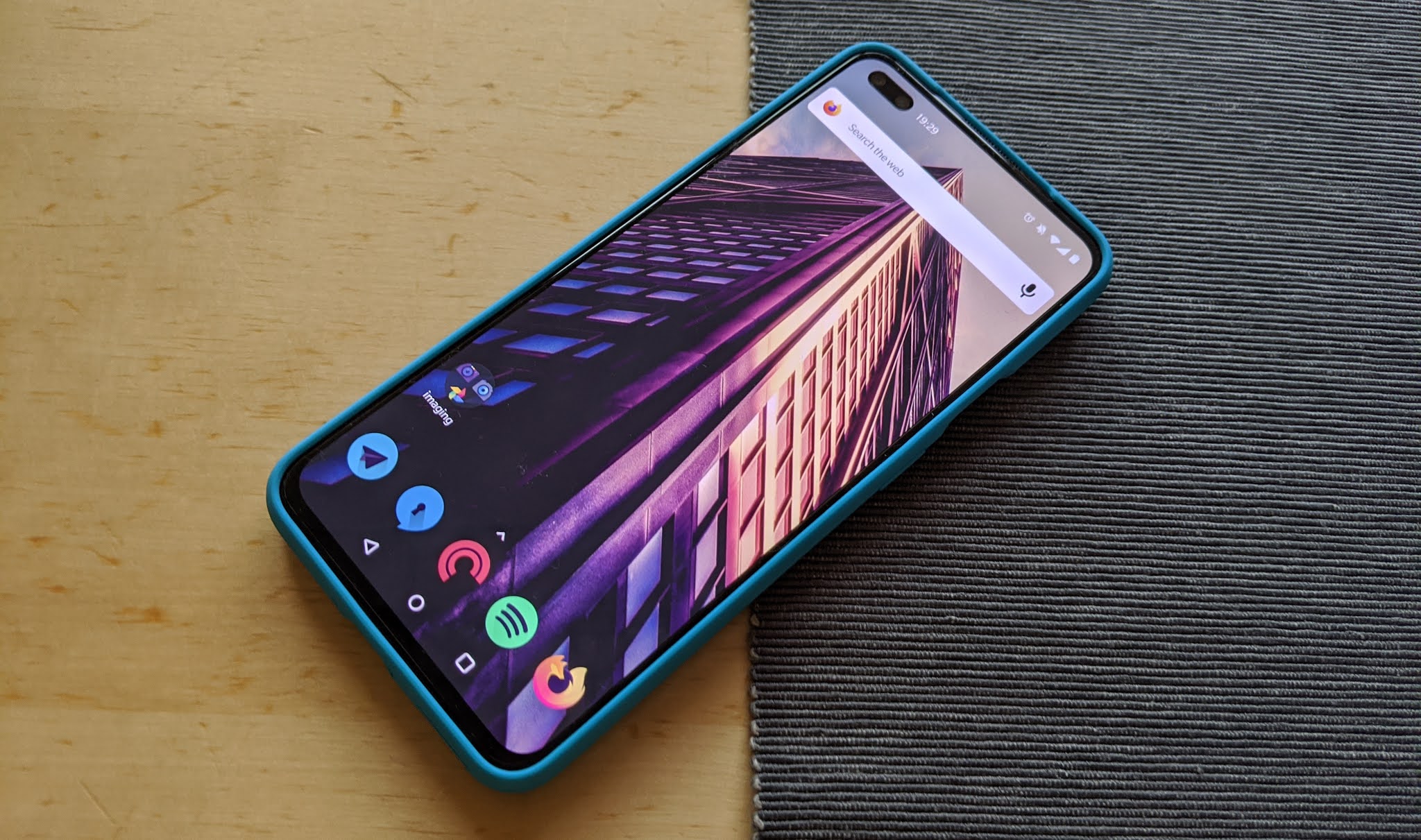 OnePlus Nord: Did I Jump Aboard the Hype Train?

Chances are most people coming across this post have already heard about this new phone. OnePlus certainly managed to capture a lot of media attention. It just so happens that I was in the need of a different phone and bought a Nord as well. I’d like to share some of my thoughts in this blog post about why I chose this phone and what my experience has been since receiving the Nord. Although I hope this post will be beneficial to some, I am by no means a professional tech. journalist or experienced reviewer. For a complete review I recommend reading through the phenomenal articles posted over on arstechnica and notebookcheck.

The OnePlus Nord looks like many other high end smartphones but is actually not built entirely out of aluminium and gorilla glass. The frame is made of plastic with several layers of paint. This actually results in an experience very similar to my previous phone, the Google Pixel 3. Fortunately the phone still has some aluminium in the inside to strengthen it’s stability and even features a large heat-pipe to cool the SoC. Zack has shown this in his teardown on his channel JerryRigEverything. He also shows that the device makes use of several sealings to protect the internals from water damage. While there is no official IP rating, this is most likely just to save some production cost and the device should be able to withstand at least some water splashes.

The front of the device features a large 90Hz OLED Panel with a dual hole-punch camera on the front. Fortunately the display has a tall aspect ratio which ensures that you can watch videos (including 18:9 content) on YouTube and Netflix without the hole-punch reaching into the video image.

Since the performance of the SoC in this phone is well documented and benchmarked in other reviews, I will only mention briefly that the performance is more than adequate, even surprisingly smooth in some cases thanks to the 90Hz screen. The performance of the SoC can be roughly compared to the Snapdragon 845, although the latter still pulls ahead in graphics applications. Combined with UFS2.1 storage and 8GiB of memory the Snapdragon 765G should definitely be good enough for most use cases.

This is one requirement I set for my smartphones which makes the selection incredibly hard. Today the life time of a smartphone is defined by just a few factors. There is the general production quality, repair-ability and the duration of software support. Especially the last one limits the selection of devices significantly. As I prefer responsive interfaces, I usually try to stick to stock-like Android implementations (Android One, Google Pixel, Oxygen OS,…). This limits the devices already to mostly Nokia smartphones, the Google Pixel series and OnePlus devices. Since Nokia devices are not known for good developer support (custom roms) since their bootloaders are locked, those are out of the game as well. Of course some would argue that an iPhone might be an option. They feature an on average five year long software support which reduces the need for custom roms. Apple devices usually also feature an incredibly high production quality and some are available at interesting prices like the iPhone SE. Unfortunately the major blocker for an Apple device is their philosophy about wanting to control what users install on their phones. I don’t see any justification for them to enforce a 100$ yearly subscription fee in order to flash my own apps on the phone I paid for.

Summing up the requirements leaves me with only Pixel and OnePlus phones as an option at the moment. Since I was in the need for a phone with two physical sim cards, the decision had been easy. I ordered the OnePlus Nord immediately after the announcement. (Meaning to some degree the title of the post definitely applies…)

Regarding the other aspects mentioned which determine the longevity of a device: Repairing a defect device looks possible with the Nord as shown in the teardown of iFixit. An early port of LineageOS and a version of the Google-Camera-mod is also already available.

When I’m taking pictures I usually just quickly pull the phone out of my pocket and press the shutter button in the camera app. This is how I assume most smartphone users take pictures. Meaning the default sensor and the default settings and algorithms have to perform really well. This is fortunate because the Nord has multiple sensors and according to many reviews only the main sensor is really good.

The first set of images have been taken during a biking trip with good weather. This camera test test includes the Pixel 3, but also Arnova’s gcam mod (version 7.4 beta) running on the Nord.

Of course day-time shots aren’t a big problem for most decent phones, more interesting are the night modes and whether they work well enough to capture an important moment once in a while. For this experiment I tried to create a scene where I parked my car in a dark garage with little lighting.

Another situation was in the centre of Dornbirn where I briefly tried to take a picture while no cars were passing by. Thanks to the many light sources combined with the nightmode I was able to produce some interesting results. (Although unfortunately I missed taking a picture with the OnePlus app…)

An amazing combination of hard- and software at an affordable price. One of the few points of criticisms brought forward by reviewers was the camera setup. Fortunately in most cases only the main sensor is important and it provides more than decent results. In fact I couldn’t see a significantly different experience on this sensor when using the GCam mod, further showing how far OnePlus has come recently.

Availability and competition might be some of the deciding factors whether one will or can buy this device. The US will not be provided with this specific device and an import is not a good idea since most network frequencies will not be supported. The Pixel 4a or a Nokia device is most likely one of the very few alternatives. Samsung might become interesting as well since they just a few days ago promised 3 major OS updates for a large range of their devices.

In the rest of the world the OnePlus is an interesting offer. In Europe the device is not much more expensive than the Pixel 4a and it clearly offers the better package-deal. Only the head-phone jack and the slightly better camera speak for the Pixel 4a. In India OnePlus offers an interesting offer with a special 6GiB memory/64GiB storage option at only 24999 rupees (~282€/~334$).